A little less than four months ago, when Michigan had its primary and I cast my absentee ballot, I indicated that I was not going to publicly indicate who I endorsed at that time, although I indicated that I supported a Democrat and I previously indicated that I would be Uniting Blue.  Tonight, Hillary Clinton will become the presumed Democratic Nominee, the first woman ever to win the presidential nomination in a major party primary, and I’d like to tell you about my support for her. 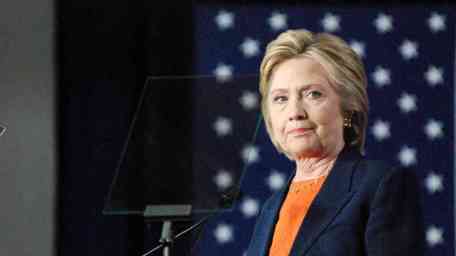 Since February, and even before that, I have rarely, if ever, posted articles in favor of either Hillary Clinton or Bernie Sanders, although I have posted many articles in support of progressive principles and the Democratic Party. Reading the tea leaves on my comments, you might suspect that I support Ms. Cinton. And I do. Now. In February, I cast my ballot for Mr. Sanders. That choice was difficult for me, because I admired (and admire) both candidates deeply, but I was swayed by the level of enthusiasm I saw in young people and people who normally perceive themselves as disenfranchised. As an aside, this is what truly won me over for Mr. Obama eight years ago – a story I have told several times, seeing African American elders waiting for the bus in Hyde Park and Kenwood, with Obama tees over their dresses, I fell in love with them immediately, and Mr. Obama by extension. Although I support Mr. Sanders’ positions on many, if not almost all topics, this is really the way that I personally “felt the Bern.”

Fast forward a few months. Tonight, Ms. Clinton will win the nomination, and she will be beset by attacks on her clothes, her voice, her experience, her qualifications. The system that put her in that position, by dint of a sizable majority of voters in Democratic primaries, will be cast as rigged. There is little appearance that her nomination, at this phase, will be met with any grace by most supporters of Mr. Sanders. In fact, my Facebook timeline is full of people commenting on how they “don’t know a single person who wants Hillary to be president.”

Well, I’m one, even though I voted for Mr. Sanders. Why? Because she is perhaps the most experienced, qualified candidate ever to run for the office, especially in foreign policy. Because she has devoted her life to helping children and families, something you all know I’m incredibly passionate about. Because she’s a unifying force within the Democratic Party and she will work effectively with teammates in the House and Senate to, yes, “get stuff done.”* Because she will build on Mr. Obama’s gains of the past eight years, and she will lift up progressive candidates, including women, who will change the dialogue in Congress. And yes, because she’s a woman, and I don’t find that insignificant in a country that’s never had a woman President.

So what does this have to do with Brock Turner? 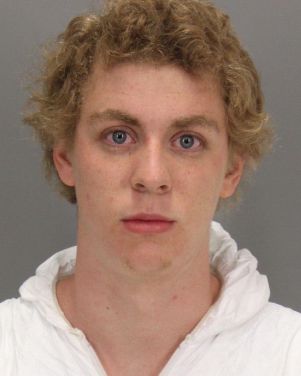 Although Brock’s violent rape of an unconscious woman behind a dumpster, a crime in the process of which he was caught by passing cyclists, who had to restrain him until the police arrived**, happened some time ago, it burst onto the national conscience, just in the last couple of days. From the judge’s absurdly lenient sentencing (leading now to a recall campaign against him), to the remarkably callous and indifferent excuses given by his friends and father, to the deeply sexist, racist, and classist way in which this entire situation was treated***, this particular rapist’s case is unique only in that, due to the courageous voice of his victim, people are taking notice. The truth is, this happens every day. Most victims of rapists like Brock don’t even get their day in court. And when they do, they generally face the male gaze – from the judge, from the jurors, and from the media. And, just like with Brock Turner, their rapists are too often made into heroes while they are vilified for being women.

So, yeah, we get it, Brock is an asshole rapist, and the deck is stacked in favor of asshole rapists. But how do these stories come together?

Today, California will hand Ms. Clinton the right to campaign as the first woman nominee of a major political party for President. This will be the first time in more than 200 years that a woman had even a shot at being President of the United States. As clear as that message is that we are reaching a new phase in the empowerment of women, that same week, that same state, California, through the bench of Judge Persky, sent women an unequivocal, equally inescapable message, that our histories will not be trusted, our experiences will not be validated, and that justice will not be ours. It’s hard for me to ignore the simultaneity of the presence of these events in my consciousness.

There are many things that must happen to end what feminists collectively call Rape Culture****. Men must act – rape is almost entirely committed by cis men, and thus it is men and not women who must stop raping. The issue of unprocessed rape kits (and women sometimes being forced to pay for their own rape kits) needs to be addressed. There are many, many other things that continue to need to be done in changing the way we teach consent, empowering the voices of victims and survivors, and making sure that they have access to the services they need.

But we also need representation. Let’s be clear. For all the male allies we have, the hegemonic culture of men still does not take rape seriously. Like, at all. A woman presiding over Turner’s case might have produced an equally lenient sentence, but it’s hard to imagine a woman trivializing the situation to the extent that Judge Persky did*****. Not all women consider rape a hate crime, but most of the people who see it this way are women. As long as the bench rarely looks like us, as long as the legislature rarely looks like us, as long as the Oval Office has never looked like us, we are fooling ourselves if we think that men will carry the torch in its entirety to hold rapists accountable. We are fooling ourselves to think that rape victims will see justice in a system run almost entirely by men.

Emerge Michigan’s own 2016 class of women preparing to storm all levels of government.

This is where it’s not really about Ms. Clinton. Don’t support her? Fine, although think carefully about what could happen if Mr. Trump were elected. Think it’s not just about putting one woman in one office? You’re absolutely right. But we must support putting women in positions of governance and power. This moment, which is just one of many more that have already come and must keep coming, was not brought to us by magic. This moment was brought to us by decades of hard work. Before Hillary Clinton, there was Shirley Chisholm. Organizations like Emily’s List, the PAC that supports pro-choice, progressive women in critical races, need our support. Organizations like Emerge America and its state affiliates, who are grooming future generations of women to run for office and win elections, need our support. The fact that we, as women who support Ms. Clinton, are dismissed as “vagina voters” covers over the fact that men simply cannot be trusted to create a world that is fair to women, by themselves.

This also goes beyond women and beyond rape. For very similar reasons, we need more Black and Latino/Hispanic voices in our legislatures and on our benches. We need more queer people. We need more disabled people, more people with lived history of mental illness, more in short of everyone who has experienced marginalization. Where we are those people, we should step up and look for opportunities to engage – locally, at the state level, or even nationally. We should consider more critically the need that we fill the progressive bench. Whether or not we can do that, the organizations and groups working to make these things happen need our support. Support as many of them as you can, support the one you like the best, but support them.

Whatever your feelings, and whatever your healing process needs to be, if you’re a supporter of Mr. Sanders who isn’t ready to unite, yet, or even if you never do come to support Ms. Clinton’s bid for the presidency, get engaged in some kind of activity that increases representation of people who are “othered” in governance. Even if you can’t see yourself living in a world with Hillary, get engaged in making sure that, someday, we might live in a world with no more Brocks.

* Bitches (yes, I said bitches, and I’m proud to be a bitch) get stuff done.

** Just in case you thought I’d be content describing it as “twenty minutes of action” … yeah, … no.

*** Particularly when compared to the equally absurd sentence (but in the opposite direction) Jasmine Richards of Black Lives Matter received for “felony lynching,” let alone the sea of mostly brown and black faces serving long prison terms for non-violent drug crimes.

**** Although the term is admittedly cissexist, some feminists, often including myself, choose the alternate term, Dick Culture, that emphasizes the hegemonic nature of the cis white man (and his dick), and which emphasizes that rape is one terrible consequence of a system of hegemony that causes many, many ills to society.

***** And it’s no coincidence that a woman is leading the recall campaign.

One thought on “Brock Turner, Hillary Clinton, and the Need for Representation”