I haven’t been going to church. I’ve been a devout churchgoer for wide swaths of my life – from around fourth grade, when I became best friends with a preacher’s kid, all the way through high school. That church I left, because my first sin against God was physics, and I had no room in my sensibilities for such a religion. After a couple of years off, I spent a significant amount of college, my wonderful time in engineering graduate school, and a few years after, at another church. The excessive focus on sexual impurity, even though at that time, I was a “virgin,” drove me away. I had had enough when a married man earnestly counseled us that we could be committing “adultery in our hearts,” because the emotional connections of our chaste relationships could damage our future marriages. Again, I had no room in my sensibilities for such a religion. 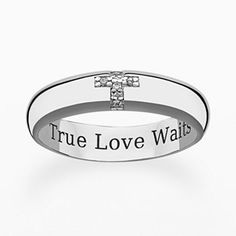 You cannot love both God and this foolishness, dear Sister. Source: Pinterest

Then, after a long pause of probably eight years, I went to Mass, because someone I loved was (is) Catholic. Now I make fun of Mass – the  Fathers free styling over the beat break in the Lord’s Prayer, the recurrent sermons about the Father’s pension account, etc. I am not a Catholic, but I even helped for some time serving refreshments for hospitality at our Cathedral. I found, mostly, that, while I loved the grandeur of the ceremony, I felt a lack of substance at times, although I was thankful to be able to spend time experiencing it.

Finally, last year, I made a couple of attempts to find a church among progressive kinds of church spaces. People from my last church tell us they miss us and that we should come back. We miss them, too. I fear we shall not be back, soon, If I in any event am making the choice.

We do not unite in this kind of solidarity enough. Source: Jewish Women’s Archive

I am taught by my feminist elders a feminine tradition of understanding the values placed on our bodies and their compliance to society. Certainly, this value is seated in many ways in the sexual roles of women, and compliance is most clearly demanded of our sexuality. We certainly agitate to redefine our roles – we are not bound by our sexuality, we do not exist for the benefit of the male gaze, even when those women among us, who, like me, are attracted to men, choose to allow ourselves to be viewed and appreciated by them. We are not baby making machines nor baby rearing machines, and we are not relegated to domesticity by our sex. But in recognizing the extent to which we do engage in those roles (women do more unpaid domestic work than men even in the most equal countries), there is tremendous power in the notion of the women’s strike as a means of reminding society how much it depends on but how little it values the agency of women.

In the United States, a Woman’s Strike for Equality in 1970 garnered only tens of thousands of women, but it still became a clarion that brought the second wave here to the US. In Iceland, a few months after my own birth, a far more unified strike occurred, with 90% of the small nation’s women refusing to work, cook, or look after children. Although the strike did not end sexism (an enemy that has had too much time to grow too large and too infiltrated by far), it revolutionized a nation and certainly contributed to that nation nurturing sisters who inspire us still today, like fierce Birgitta Jónsdóttir.

This tool is used still, and perhaps we sisters should all be more cognizant of it. Although I recognize that some of our sisters are extremely brave warriors, like many women, I have little experience with violence, and my place in the revolution is through peaceful means. Peaceful, but I shall surely be insistent.

Certainly, I will not make my body available as evidence or implement of violence in the prurient war on impurity waged by many of the “evangelical” branches of faith. And surely I will not support the choice of progressive Christianity to sit by idly, doing nothing to confront their own supposed brothers in Christ, but rather telling gay people that they “love us” when one must surely quip, “What’s not to love?” If I go so far as to call this sin, I call it sin not to decry you as a sinner, but to refuse to participate in it.

Surely, I will not submit to nor enforce the authority of men who have never owned a uterus over the rights of my sisters to make choices over their own pregnancies and to plan their own families. If I must stand for the notion that this is a spiritual question at all, I will stand closer to the American Nuns than anyone else speaking spiritually on this topic, and most firmly with the sisterhood of women of any (or no) belief. And though the Pope does not condescend to ask my opinion, I say very simply, that no forgiveness is required, for no sin has been committed. 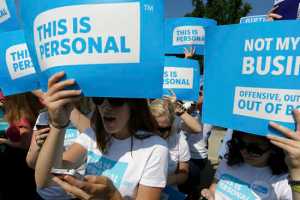 Although I can never make the choice to be or not be pregnant, know that this is personal, and I will fight for other women to have that choice. Source: Daily Kos

Believe me, I will not participate in a system in which the rich cry to the poor to cast off their sins, while they gather their fortunes. If I do not give you my money, know that it is because you will not use it to do God’s work.

Know that I will not participate in a segregated church world in which white Christians cry out that they are oppressed because they are called to account for their corrupted and un-Godly beliefs, while they turn a blind eye to the smoke rising from burning black churches.

I act only for my own body, and my own sensibility, that body which I own and which no one else may ever own, not even those to whom I give of it freely and richly. I act in pride of ownership, for I own myself, both grace and flaw. And I wish to own my choice to refuse church.

My choice is not a choice of convenience, and I do not refuse church to sleep in on Sunday mornings or for brunch. Anyone who knows me knows I am not ruled by convenience, and although I may do both of these things, they are not the reason you do not see me in the pew.

My choice is grounded not in my lack of faith, grounded not in my lack of appreciation for spiritual teaching, grounded not in any lack of sense of community, but grounded simply in my observation that I have the right to disallow the use of my own body as a means of my oppression. I do not dispense with God, for God is not bound up in your temples. I do not dispense with belief, because belief is not conferred by your priests or holy men. I do not dispense, either, with fellowship. When you are in the world, when you are amongst our people doing good, fighting for truth and justice, when you decry inequity, I remain your natural sister, and though I do not enter the corrupted places to take communion with you, at least not often, I remember every day, the sacrifices made for me. If I vex God, and surely I must often, it is in a spirit of knowing deeper faith, not for pursuit of blasphemy.

Finally, although I pray mostly for strength where I am unstrong and courage where I am cowardly, and most of all, for those who hurt, too often under your feet, I will surely say an occasional prayer for you, as well. If you pray for me in return, do not pray that I return to church. Rather, pray that I will remain strong in my sensibilities, that I will have no room in me for false religion. For I, like you, am tempted.

The strike may not last forever – indeed, I hope it shall not. But please know that this is why I do not go to church.