This is gentle criticism, and it’s directed at people I love. I’ve had some really interesting experiences exploring the inclusive church space over the past half year. I’m technically a member, or at least I was, of a certain large Protestant church that is thick as thieves here in West Michigan. I became a member in my 20s, in Ann Arbor, when I was an engineer, after going there through most of college. It was my church home altogether for most of ten years. I left for two reasons. The proximal one was that I was in the process of shipping off to Gainesville, FL, to do my doctoral studies. Of course, the sensible thing to do would have been to re-establish my churchgoing in Gainesville, but I want to be honest and admit I did not do this. The distal, truer, and less public reason, had to do with the fact that, at that time, I knew who and what I was, and I accepted it conceptually, but I was not anywhere near brave enough to do anything about it, and I wasn’t really ready to know how to love myself, either (anorexia, ironically, had already begun to lead me towards knowing how to love myself, but this was early in my disordered eating days yet). I felt a very strong sense in that church of the message from God that no one had the right to separate me from the divine. It almost was like a vision* that came to me, once, actually, when I was late and snuck into the choir balcony, and it was a stern rebuke, not a gentle reassurance. But I had become increasingly convinced, even though at that time, I really was just beginning to understand consciously the issues surrounding LGBTQIA+ inclusion, that this simple message received only lip service, and certainly was not the model of religious fellowship I saw around me, most of the time.

What I saw around me were generally more-or-less good people, with everyday problems (I went to Sunday school with a fellow Ford engineer’s wife, who complained about him “having” to buy Ford cars, which struck me as… disingenuous). I also saw, frequently, that they used the perception of sin as a means to bully each other and achieve submission. The most glaring time I saw this was a newlywed fellow graduate student (whom I legitimately liked) trying to convince me that, even if had not had extra-marital sex, I was an adulterer because I thought about it. These kinds of messages were always externally directed – one got these sermonettes about whatever the “preacher” didn’t personally suffer from, but figured other people probably did, and so they could be cowed by being confronted with it and thereby amplify pre-existing guilt. This is really not the life Christ wanted us to live, and I didn’t (and don’t) pretend to be any kind of saint, but I knew it. So I know it is not my place to bargain with the divine, but I simply told God that I needed to be in placed where people were in need, and I could be of service to them, and to places where I heard the divine voice, and particularly, that, at the time, church sadly was not that place. I also agreed to accept contradictory marching orders – whenever God wanted me in church, to church I would go, without question, but that I would look for divinity my own way until then. I had this negotiation in my own heart, although I transparently told as much to the one or two people who asked about it. For what it’s worth, I do know people kicked out of this church for being what I am (in the sense of my gender identity and my sexual orientation). Although they’ve started taking recent positive steps, my understanding is that I would probably not be welcome as a member, now. 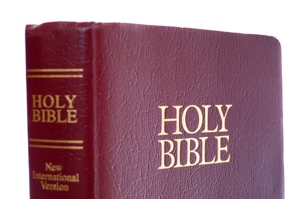 I know it’s just the right size and it has a nice feel to it in your hand, and it swings nicely, but for the love of God, please stop thinking that the correct use of this thing is to hit people over the head with it

I didn’t feel that draw back to church until just the last few years (I went about ten years rarely going to church). Then, I started feeling the tug. I went to Catholic Church. Well, I was dating a Catholic. It wasn’t bad. The priests freestyle over the beat break in the Lord’s Prayer, which I find mildly unnecessary and disturbing (one of my favorite Bible verses is from Quoholeth, “God is in heaven, and you are on earth, so let your words be few.”) In this particular case, they also preach entirely too often on the state of their retirement accounts (and not the kind in heaven). Anyways. I actually kind of liked it, altogether. Since I am not Catholic, I extended my decade of not taking communion, and whereas Catholics do this all the time (which is not what Christ asked for), Protestants do not, and so even with intermittent trips by myself to my home denomination, I continued to do without communion. 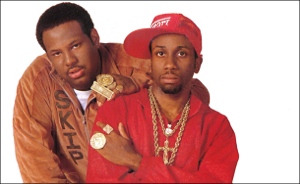 If you’re not these guys, you do not get to freestyle over the beat break in anything, let alone the Lord’s Prayer

When she and I split up, I started attending a Universalist-Unitarian church. They’re hokey. But a well-rooted hokey – four of the first six presidents were part of this church. Harvard and Tufts are their seminaries. They’re nice, and they even did a transgender inclusion workshop. They’re not particularly interested in scripture, and they take a very hands off approach to developing right-mindedness, and it didn’t ultimately work out for me, but I like them. Now I’m at a United Church of Christ, and I like this so far. What I have to say goes to both of them, and to many other spaces.

Inclusion doesn’t have to be awkward. I’m advocating for “coolclusion.” A wonderful gentleman introducing himself to my girlfriend and me at one of these churches said, “Well, you’re certainly a different couple, but we’re glad to have you here, and all really are welcome.” He was genuinely trying to be friendly and inclusive. I’m not mad at him, and I feel welcome there. Coolclusion is the gentle reminder that “Cool! It’s nice to meet you, and I’m glad you’re here” works just as well. Coolclusion also advocates that one generally needn’t show ally cred by doing any more than being friendly. One needn’t tell me, “Oh! My niece is a lesbian” as if this will prove one accepts my relationship. One needn’t stare at me and grin until I break down and explain why I might look a little different from other women (which, it turns out, is more often because they don’t know many Indians, and although my blood seems to go all the way back to the migration from Persia, I don’t really look like other Indians anyways). Actually, the point is totally applicable to ethnic inclusivity and many other kinds of inclusivity that have nothing to do with LGBTQIA+.

The truth is, before I went to this newest church for the first time, I had sat by a retired pastor of the church in which I was originally a member. I don’t know how well I “passed” that night, but his vision wasn’t so great, which takes the heat off! Anyway, he treated me like any other young lady (don’t even start with me, I still pass for a young lady in some crowds!). We talked about his daughter, about art and music, about early autism interventions and the value in giving young people all the chances we can, about the vicious cycle of poverty, and about economic development being a key to helping the underprivileged lift themselves out of the cycle. He introduced me to his best friend, and briefly to their wives, who were in the row behind. It was a lovely conversation, and I just want to emphasize that I felt absolutely included without a single moment spent affirming my LGBTQIA+ status or anything else that marks me as different. It didn’t even need a rainbow flag. I did send his daughter (whom I’ve never met) a note on Facebook, just to let her know how great her daddy is.

I have to admit I’m dealing with a lot of my own insecurity, too, and this layers into it. I feel like a hot mess many times even when I look my best. I think in my head that people compliment my appearance, my choice of accessories and sense of style, because they feel sorry for me, and not because there’s anything to compliment. I know. I’m working on this. I know it’s absurd – I got compliments on my style and accessories as a presumptive man, and even with the stress of trying to drape a body that’s just been freed of testosterone two months ago, I do kind of know I know how to do accessories. So I’ll try to be less of a bottomless pit of low self-esteem.

In the meantime, in general, I’m advocating for a more laid back, less-is-more kind of inclusion. If you want to include me, please have a conversation with me and talk about whatever we talk about. Please don’t think that you are not inclusive until you interrupt a conversation about something I find really interesting (autism, healthcare reform, politics, farm-to-table, Dig Dug, Coach purses, etc) or whatever you find really interesting (please don’t let it be NASCAR, please don’t let it be NASCAR) to steer the conversation to my ethnicity, sexual orientation, or gender identity. If you get to know me, as you’ve seen in this blog, I’ll happily talk about those things. And if and when you need help knowing how to fit into an environment you’re not used to and not screw it up, I’ll help if I can (because, god, I’ve had to rock being that only girl in a miniskirt at the party before!). And I’ll just say, “use she and her” if I need to (it’s actually only people who know me and are trying too hard, who offer me options I am unlikely to want, like gender neutral pronouns, again, I know they mean well), because I know you have no idea what I mean when I say I “prefer” female pronouns, because, honestly, less is more on our side too, and I’m also not sure why I use this clumsy language. 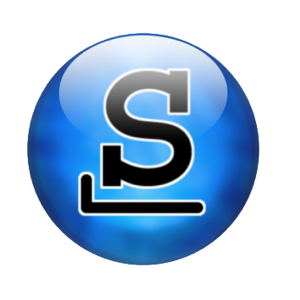 Slackware. It’s not just for Linux anymore. Look, the girl made a geek joke! Now sudo make me a sandwich, and stop staring at me!

* We’ll have to see if it’s prophetic, also. The only prophetic dream I ever had involved dreaming there were storm clouds raining inside the optics lab I was working in. I told my fellow grad student about it, and then we went out to lunch. When we got back, the receptionist noted the funny pouring sound coming from our lab. A pipe had burst and it was raining all over the setup. I think it did $35,000 in damages. I don’t know if my utter failure to do anything useful with the prophetic dream got me cut off, if or if this is one of those things where one gets a second chance!