I feel like I would be remiss if I didn’t start this blog with a coming out story. I spent most of my childhood feeling different from other boys, wanting things that girls wanted, to do the things that girls did, but always knowing I’d get in trouble if I didn’t “act like a boy.” It only got worse as I progressed into young adulthood. I think I let myself stay overweight in part because I felt a bit like an amorphous blob, and I could be a little agendered. At least, I could stay a boy, and like Kate Bornstein, boyhood was far less scary than manhood, with which I wanted nothing to do. The odd experiences continued. My English literature friends would comment on how men and women occupy space, how they sit, how they talk, and nothing would seem to match me. I could try to act like a man, but trying felt awkward and made me loathe myself. I remember I took an online quiz, around the dawn of the web, which purported to be able to classify people’s sex based on responses to seemingly random questions. It classified all my friends correctly… I was stuck amidst the pink dots, where I felt, but not where I was perceived. I laughed and joked about it. Inside I cried a little. 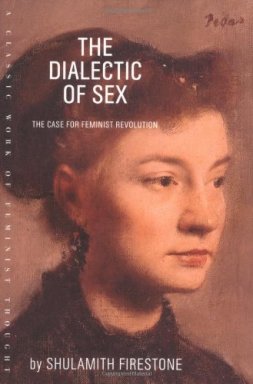 Okay, so she got intersectionalism, as a cis white woman in 1970.
If only more people had been listening…
When I started thinking seriously about leaving my life in engineering and science, I took psychology classes on a whim. I had always found psychology intriguing, and I’d read a number of psychology and psychiatry classics, incluing Piaget and Freud, for fun, alongside Nietszche and feminism. But I fell asleep in psychology classes in high school, and I made my freshman roommate angry by knowing all the answers to his intro psych questions, althogh I never took college psychology. Perhaps surprising no one in hindsight, I signed up for the human sexuality class. It was good. I was hooked. But moreover, I understood now that there were transgender people. This was about 2002, and at the time, sadly, there still weren’t role models of professional trans women. I knew what I was, but from everything I could see, what I was, was a monster. Although I let myself be more androgynous, I had to suppress the idea that the underlying reason was because I was struggling to grow into the woman I needed to be, not the man. Some of this was good… I embraced fashion, and I found a niche where I could be pretty but not really argue the point of being male, which was at least an improvement. I also started dieting with a vengeance, and it went well into the land of anorexia, and although I made some great friendships with other eating disordered people, I have to admit in hindsight that the biggest drug for me was how much more feminine I felt as I lost weight, and it was the biggest barrier to getting healthy again.
I kept this inside for the next 12-13 years. Then, last year, a theatre company I support and love locally did a production of Looking for Normal. The play itself has its ups and downs. I understand a trans woman friend of mine went to see it, a different day than me, and she was heartbroken when people laughed at the main character. But, the night I went, they stood up and cheered. In my conservative city. My eyes opened to the possibility that I might not be a monster. I took to the books again, but by now, there were so many role models, chief among them Jenny Boylan. I could do this. People did this. They weren’t the serial killer on Silence of the Lambs. So I started therapy. I found a support group. In October, I came out to my therapist and then to the first friend, ever. And she accepted me. In November, I attended my first Transgender Day of Remembrance. In December, I got comfortable enough to go back to support group and start going to other safe spaces “en femme.” And then as I came out to more and more close people, another accepted me, and another, and another. In February, I came out to my parents and finished coming out to my best friends from college. 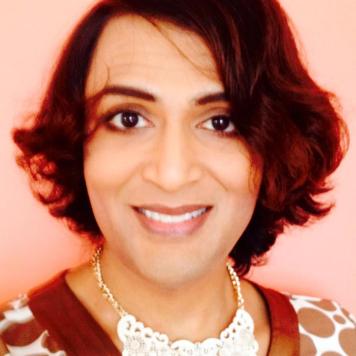 I don’t do before and after pictures!
I have a lot of crossroads to journey past yet. My life is a very strange thing (and a very queer thing). In my personal life, I’m amazed that my ex-girlfriend is one of my most ardent supporters. And I’m in a new relationship, in which I’m accepted as a woman by the woman I love, and again, this adventure has already been more than I could dream of. Being in a “lesbian” relationship comes surprisingly naturally, and makes more sense already than my kind of embarrassing impersonation of a man. My professional journey is particularly complex, because I do have some small amount of local name recognition, and lots of professional contacts. So far, everyone I’ve come out to professionally has been amazing. Our Chamber of Commerce started OutPro, to help LGBTQIA+ professionals feel welcome here. I’ve even started building a whole other set of professional contacts and business relationships that exist in the queer community.
I think that this story, and the thousands or millions of coming out stories in the modern age, emphasize a new world where we can be connected queers. As we come out of the closet, we have the new opportunity to live richly connected and integrated lives. And it’s going to be amazing. Welcome to the journey, and thank you for sharing it with me.

3 thoughts on “A Coming Out Story”