The following are my remarks at Identifying Our Resource Center, an event that occurred on Tuesday, April 21, 2015, as a joint effort between Holland is Ready, PFLAG Holland/Lakeshore, and Holland Area Pride, three community organizations advocating for LGBT inclusion in Holland, MI, my hometown.

Good evening, and thank you so much for having me out.

I want to start, briefly, by telling you my story, because our lives and our stories matter, and a movement that doesn’t have time for us, as people, and our stories, is not a movement for me. God began calling me to accept who I am and, well, finally act like a grown woman, a little less than 15 years ago. I hemmed, and I hawed, and I said it was too hard, I wasn’t brave enough, or strong enough. God said, “No, little girl, I’ve got you.” I didn’t believe it, right away. It wasn’t until 2013 that I finally started being ready. My 38-year-long, less than impressive, farce of pretending first to be a boy, then a man, then an androgynous more-or-less man, none of which were me, was getting in the way of my mission to kids with autism. In the prior two years, I built the best place in West Michigan for early diagnosis and early treatment for preschoolers with autism. That revolution needed to grow and expand, because there are kids out there who need me, and I was wasting time and energy, pretending. So I gave in, I came out, and I ended the charade. I was scared at first, but I was met with overwhelming love, positivity, support, and celebration. I came out without losing a single friend, family member, colleague, or business contact, and I gained a sea of new loves and new connections in all those areas. When people saw me being brave, they chose to see my transition as an opportunity to be brave alongside me, and they found that we were all better, together, for it. 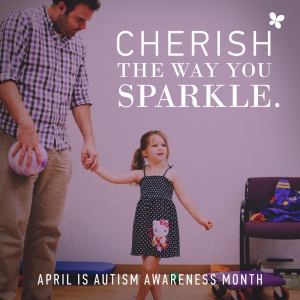 You have no idea what I’ll do for my AutismFamily.

In early 2014, God spoke to me again, when I walked up the rickety back steps of a bar, and there, before me, was the one. God said, “Love him.” I said, “I don’t know, I’m not looking for all that trouble.” God said, “No, I said, love him. He needs you. And you need him. You don’t see it now, but he was the one I made you for.” I hemmed and I hawed, again, and God said, “You know I’m always right.” To which I replied, “I have noticed that. It’s kind of annoying.” God said, “Yes, but it’s also true. Someday, you’ll learn to just accept that. But I’m not asking you for that, today. Today, I’m telling you to love Teri.” And I said, “Okay, done.” And God said, “Thank you.” He kind of gets to have the last word.

…or for my mister.

I am telling these two stories for a specific reason, to set the stage for understanding where we are, today. As you may know, in 2014, I was asked to get involved at a number of levels, both here in Grand Rapids and at the state and national levels, in LGBT activism. One of the tasks set before me was to re-invent our notion of LGBT Community in Grand Rapids, for the contemporary world. I’ve written in detail about what I learned in this process, but I am here tonight to ask you a provocative (and hopefully somewhat less offensive than it sounds) question: Is the era of the community center over?

We’ve come a long way since the sentinel events in our history, such as Stonewall. In the just under fifty years since that event, we’ve come into a world where stories like mine are becoming increasingly believable. Many times, in middle and larger cities, for lesbians and gay young men from non-marginalized backgrounds, stories like mine are becoming almost normal. They’re pretty rare, still, for trans people, but I’m neither the first nor the last. Let me be clear: what happened to me when I came out should not be a lucky blessing. It is what every single person who comes out deserves. And while it is becoming increasingly common, it is not universal, and it is not enough to rest on our past accomplishments and live in a bifurcated world where a growing population of connected LGBT people thrive, and a remaining segment of our community suffers.

The community center has been a staple of these fifty years of progress. Many times, it began as a sort of safe house – sometimes, even in very covert ways (a storied community center serving the trans* people of the Boston area even had a cloak and dagger process of calling from a designated pay phone and being whisked away in an unmarked car to be sussed out and cleared as not a threat!). Often times, this remains the mentality of fighting for LGBT community. We spend too much time asking, “Which restaurants are LGBT friendly,” and not enough time asking, “Why are there any that aren’t?” We don’t come out to our doctors, because we’re afraid they will reject us. We build supports for homeless and runaway youth but we don’t think about how to get to a world where no youth is homeless because of their gender or sexual identity. We create “gayborhoods” as an act of self-imposed segregation.

I want to make the argument, today, that it’s time for us to stand a little bit taller than that. This conversation very much mirrors what I’ve been doing leading my part of the Autism Revolution. To quote a country song, “I will plant my heart in the garden of my dreams, and I will grow up where I want, wild and free.” This isn’t a hypothetical argument. Look around you. The partners for the Pride festivals in Grand Rapids and Kalamazoo aren’t some sex shop or little nightclub. They’re Experience Grand Rapids. Bell’s Brewery. Our LGBT professional development program, OutPro, is the only one in the country that is an official program of our Chamber of Commerce, but we see similar actions happening nationwide. Fort Lauderdale last year became the first city whose convention and visitor’s bureau officially began attracting transgender tourism dollars. Five states and a number of cities now require insurance to provide access to transgender healthcare. It’s even pretty easy to find an inclusive church these days.

It is likely this will continue apace – vibrant companies, cities, and civic organizations will continue to court inclusion because it is good for business, good for community, good for everybody. But if we want to go even farther, to end the bifurcation and marginalization of a segment of our community, we need not just evolution, but revolution. If this is what you want, putting in place yesterday’s best practice just isn’t good enough, and yesterday’s weapons will not win tomorrow’s battle. So, what are tomorrow’s weapons? What does the LGBT community of tomorrow look like? My claim to you is the LGBT community of tomorrow must be Networked, Intersectional, and Engaged. And rather than having a community center to which we can go, in this future vision, we will be at the center of the community. 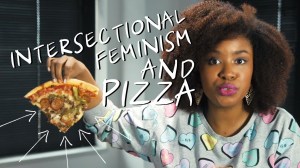 Listen to the pizza, y’all.

First, we must be networked. The scale of what needs to be done today cannot be done in a purely grass-roots fashion – the movement forward must span all the way from the activists and developers of queer ideology and philosophy, to the scientists, inventors, businesspeople, leaders, and everyone else. You must leverage a much broader conception of local talent and organizational partners. Second, we must be intersectional – it is dead clear that the bifurcation in the LGBT community is due to multiple marginalization – LGBT people who suffer not just because they are LGBT, but because they come from underprivileged ethnic minorities, from poverty, from lack of access to education, from core city wastelands, sexual victimization, mental illness, physical disability, and the list goes on. If we do not talk more constructively about how each of these things affects the experience of being LGBT, we will not create a world in which we are permanently and fully entrenched in society. Third, we must be engaged. To keep the success stories of the LGBT community engaged in the process, and to get people who are passive allies – who respect us but don’t fight alongside us – activated, we need to leverage much more heavily all the ways in which LGBT people are friends, spouses, parents, anchors to neighborhoods, schools, churches, businesses, how we are leaders not just in the LGBT community but out there in the world, and how we make the world better for everybody.

Together, these three things will provide us an opportunity to have a world in which the kind of experience I have as an LGBT person is a right and an expectation, and where we can all stand truly proud and tall. I’m not necessarily saying that a physical building cannot be part of this vision – but I am saying that the era of the cloistered and secretive community center, for a community in hiding, is over, and that we are now entering the era in which we put LGBT people at the center of all our communities, and lay the groundwork to keep us there, for many years to come. We are trying to do this in Grand Rapids, with the Network, with OutPro, and as queer and ally civic leaders. This is our revolution, and we welcome you to join it. Thank you.

One thought on “Is the Era of the Community Center Over?”